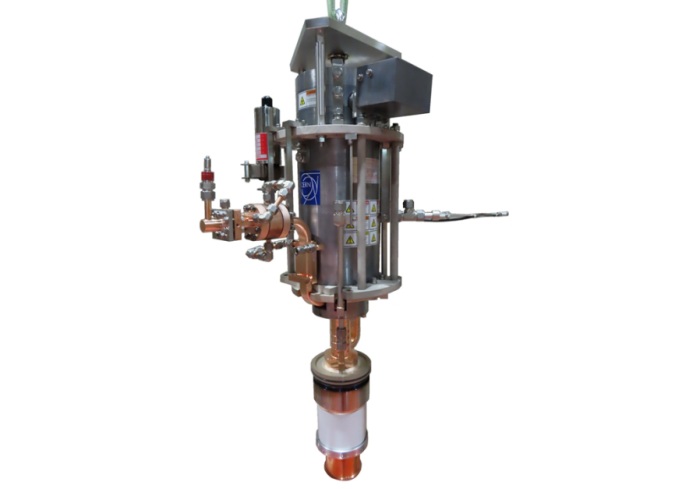 Last week there was for the first time a successful factory test of the CERN designed High Efficiency klystron.

The goal was to increase the efficiency and output power of an existing 6 MW, 12 GHz klystron (Canon E37113), used in one of the X-Box test stands. Original efficiency was 42%. The cavity section was re-designed by the RF-team and Canon rebuilt this section accordingly. First tests were done in autumn 2021, but a number of instabilities (self-oscillations) were discovered during first DC beam tests. These were analysed at CERN, compensation measures were proposed and implemented by Canon. Last week, the tube reached 8 MW at 53% efficiency and even 10 MW at 51% efficiency. The predicted efficiency was 56%. The tube will soon return to CERN and will be included in the X-Box stand stands.

This test validates the theoretical models and the simulations tools, which were developed by Igor Syratchev's team. It gives us confidence for the coming high-efficiency versions of the LHC klystrons, which recently became the baseline scenario for HL-LHC, and for the FCC developments, where their reduced power consumption and size has already been assumed to calculate the overall FCC-ee power requirement. 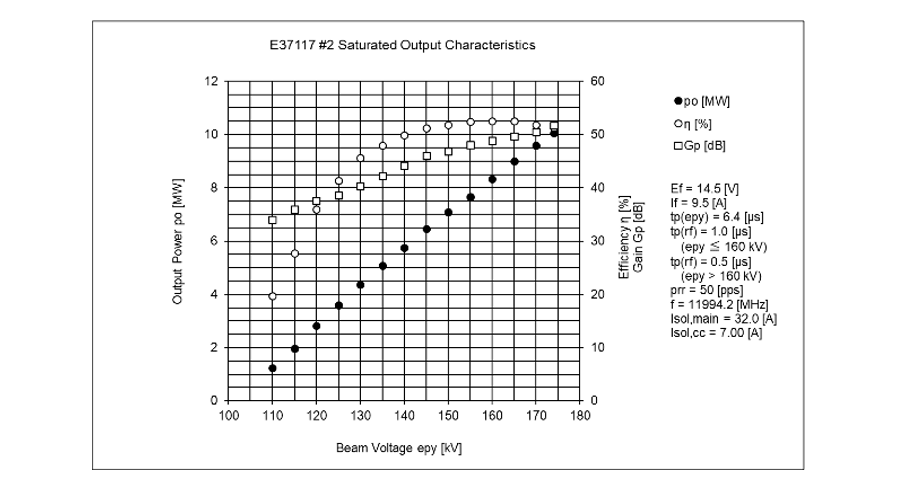