What are their dreams? What do they miss the most from their home countries?

Where do they find beauty? What would they like to be when they grow up?

Some developments change something on a small scale, but others shake up everything known so far.

Every summer, we all update our wardrobes: the thickness of the clothes, the colours, some accessories, the footwear. We exchange scarves for bikinis, corduroy trousers for shorts and boots for flip-flops.

CERN is also in the habit of updating itself regularly. In 2011, the High-Luminosity Large Hadron Collider (HL-LHC) was born. Led by CERN with the support of international institutions from many different countries, it aims to increase the LHC's potential for new discoveries from 2027 onwards.

A major upgrade that will help us to push the limits of our knowledge, and that will bring with it technological modernisation and the development of new technologies which will be implemented in other CERN accelerators.

HiLumi is a beehive made up of 19 cells. Each cell is a Work Package, from which a bunch of bees of all ages, nationalities and disciplines row together in one direction.

If these cells were isolated, they would be honeyless. It is the sum of their daily work, their willingness to collaborate and their enthusiasm that makes this possible.

Discover the cells that form the Hilumi beehive! 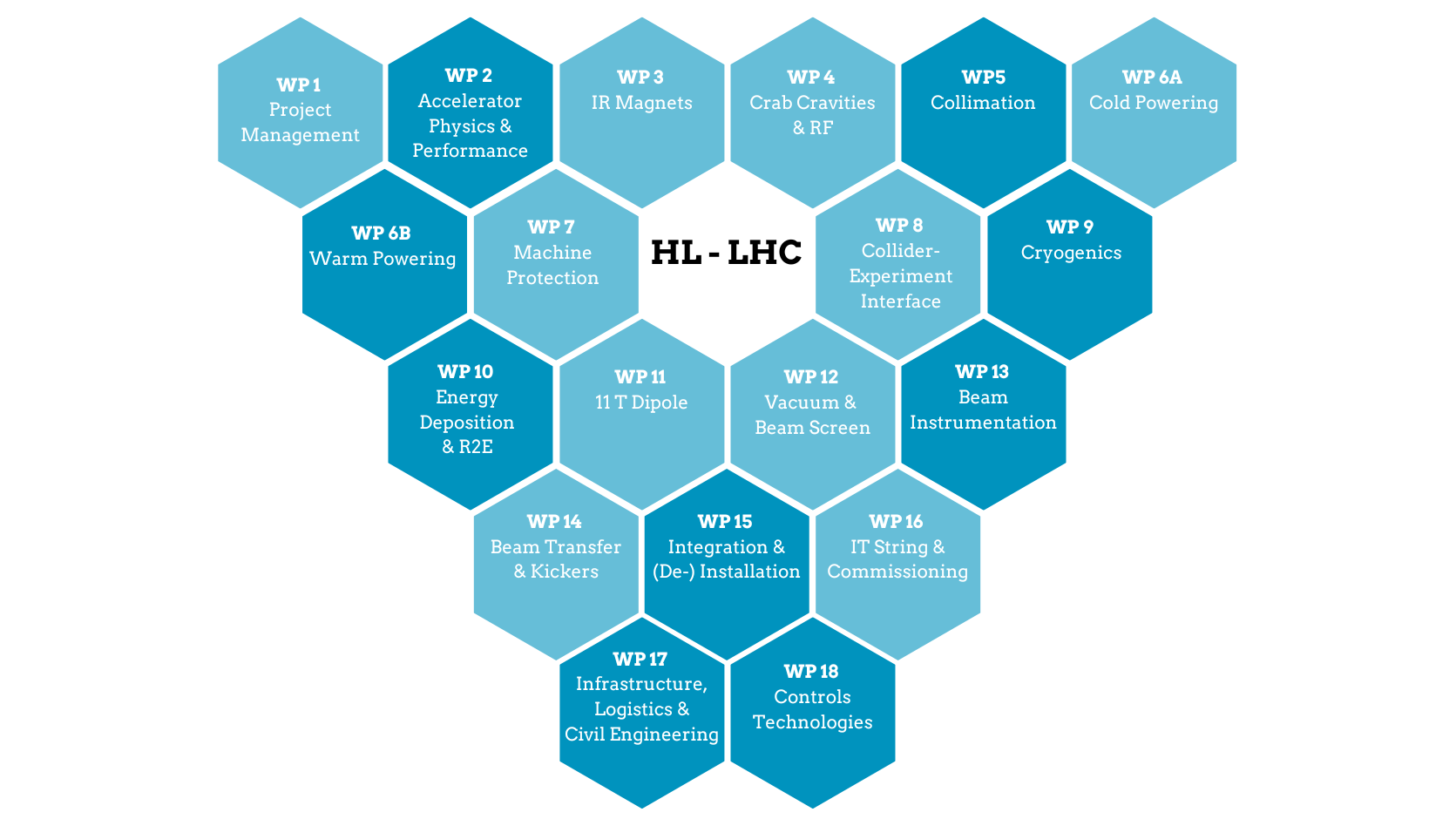 This initiative arises from a widespread problem: large projects do not always know their contributors well -the people who bring them forward every day. And sometimes, among the contributors, we do not even know each other beyond our professional side. Since we have collided at HL–LHC, let’s get to know each other!

Knowing HiLumiers is a transmedia journalism project that aims to:

The project is based on interviews which are made into podcasts and literary profiles. Both pieces are complementary, and through them, you can explore the HiLumiers' life experiences.

Who is behind this initiative?

In May 2020, in the midst of confinement, she created this initiative from scratch.

She has previously served as a correspondent and camera operator for Agencia EFE from the United Nations headquarters (Geneva, Switzerland), and has also worked as a production assistant in the organisation of the second edition of the international event Conecta FICTION (Madrid, Spain).

She loves reading on the beach and climbing mountains, literally and metaphorically. She is always missing the zamburiñas and the warmth of southern Madrid.

If you want to know more about HiLumi, contact: HI-LUMI-LHC-Communication@cern.ch