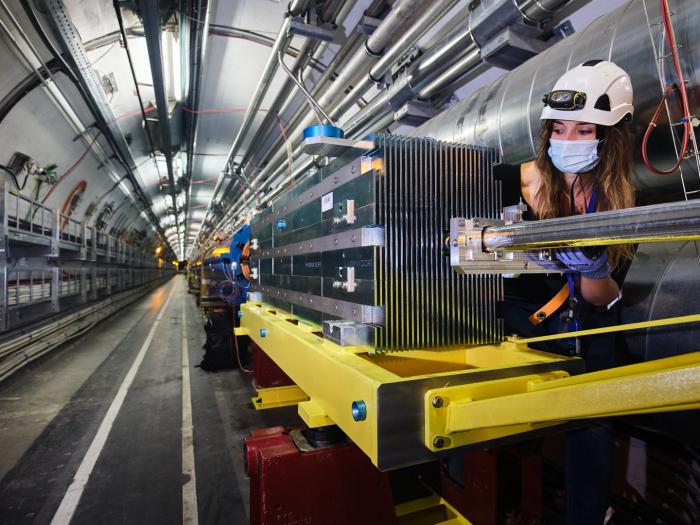 Installation of the passive collimator absorber TCAPM in IR7, which protects the magnets from the losses produced by the interaction between the LHC beam and the IR7 collimators. In the picture: Cristina Bahamonde (Image: CERN)

By Anaïs Schaeffer - Upgrades of the LHC collimation system, which began during LS1, have continued during LS2. Sixteen new collimators have been installed in the accelerator over the last three years in preparation not only for the accelerator’s next period of operation (Run 3) but above all for the future High-Luminosity LHC (HL-LHC), CERN Bulletin.