RF Dipole 2 ready for shipment to the UK

RF Dipole 2 ready for shipment to the UK 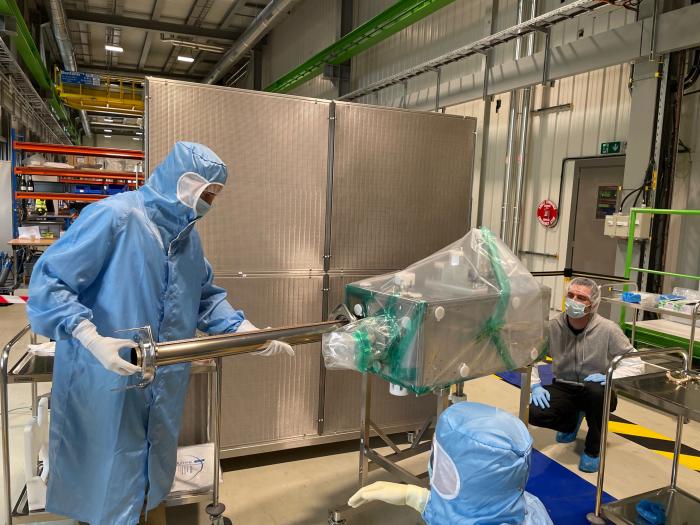 Following the very successful RF test, the RF Dipole 2 dressed cavity was equipped with a beam screen in the adjacent vacuum chamber that runs parallel to the cavity inside the Helium tank assembly.

The fully assembled RF dipole 2 dressed cavity is now inserted into a specially designed transport box for its shipment to the UK, scheduled for the end of September. The high-power RF couplers, vacuum interconnections and other components will be shipped to the UK along with the RF Dipole 2.

A local road trip test through the Pay de Gex region (France) was performed in August to measure the shocks and vibrations imparted to the cavity which validated the design of the transport box.

The two dressed cavities will be assembled into a string with the vacuum components and RF couplers in the UK at Daresbury Laboratory. A sequence of cryostat assembly steps will be carried out to complete the final RF dipole cryomodule before it is shipped back to CERN for its installation in the SPS.

The tests with proton beam for the RF Dipole crab cavities are foreseen in 2023.