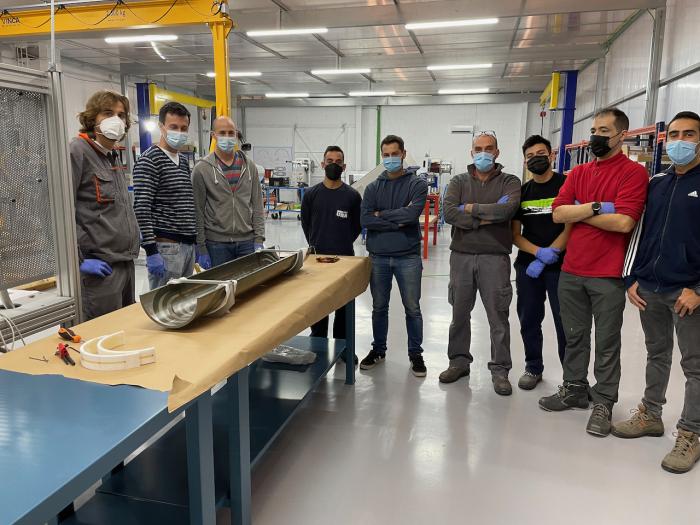 In June a new assembly of the second nested corrector prototype MCBXFBP2c has been tested in SM18 at CERN. The first version of this magnet manufactured in 2020 had a performance limitation, requiring substantial retraining when changing the sign of the torque induced by the H and V magnetic fields. In 2021 a design modification on the inner dipole has been proposed and has been successfully tested in MCBXFB01. It has been then decided to retrofit P2 prototype with the first inner dipole coils produced by the industrial contract steered by CIEMAT collaboration.

The re-assembly of MCBXFBP2c has been completed in May 2022, and test in June has confirmed the good performances observed on MCBXFB01. In particular, the magnet required no retraining after thermal cycle to reach the whole operational space at 7.5 TeV. A mini endurance test has also been carried out during one week, with more than 200 cycles up to nominal current in both dipoles, and three changes of the torque sign: the magnet did not quench.

This qualifies the coil manufacturing line in Elytt, and the reproducibility of the design modification. Next step will be the test of MCBXFB02, a magnet fully manufactured and assembled by the industrial partners.